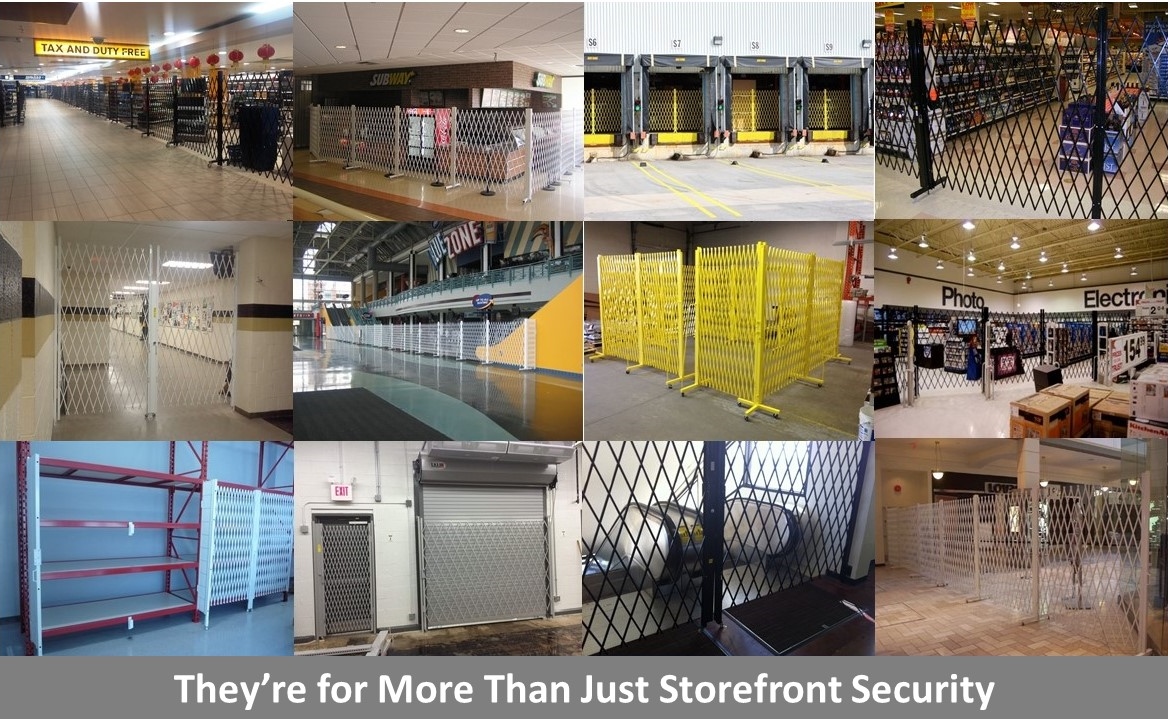 The Facts About Security Gates

They Work Inside as Well

As mentioned above, security gates aren’t just used on exterior doors and windows. They can also be incredibly effective at controlling access inside a property. Many larger buildings have areas that are open to the public, while other locations remain restricted to certain employees. Physical security gates can be used effectively in these situations. Mobile security gates can easily be moved and adjusted inside a location, making them effective tools in a variety of situations.

Security gates don’t just stop criminals from accessing your property, they’re also a strong physical deterrent. Criminals know how effective security gates are and they often avoid locations that have them installed. They know that it won’t just be more difficult to access a property, but that it will take more time as well. This means they’re much more likely to be caught in the act.

They Roll and Fold Away

When some people think of security gates, they think of bars installed on windows. They worry about their property looking uninviting or “like a jail.” This may have been true with security gates many years ago, but it’s no longer the case today. Modern security gates can roll or fold out of the way, ensuring that your property has great curb appeal and is inviting to customers during the day, while remaining safe and secure when your business is closed.

Want some more helpful tips to improving the security of your business? Download our helpful guide to Improving Your Security Mindset.

Get Your Guide Now